The daughter of an architect and a teacher grew up in Salzburg and, at the request of her parents, studied art education with Robin C. Andersen at the Akademie der Bildenden Künste in Vienna. Jones graduated in 1967 with the title Magistra Artium. She studied German at the Freie Universität in Berlin until 1971 with Gerd Kutscher. From this time, the first contacts with jazz are also made. Her career as a singer led her first through Fatty George and the „American Folk Blues Festivals“ to Barcelona, ​​London and Paris. In the „Blue Note“ there she began to work with the jazz musicians Kenny Clarke, Nathan Davis and Pony Poindexter. It was discovered and contracted by Horst Lippmann. Count Basie formulated a letter of recommendation for her. The German music and cultural journalist Siegfried Schmidt-Joos wrote: „She sings the blues of her own life; Their music goes under the skin of the listeners. Their lyrics are pictorial verses of a human being who has something to share with others. “

In the 1970s, Berlin became their home country, with performances by Leo Wright, Duke Ellington, Dexter Gordon, Eugene Cicero, Fritz Pauer and Carmell Jones, whom she married and with whom she was given the daughter Stella Jones.

Ten years later and after the divorce she returned to Vienna and married Klaus-Peter Schrammel (a great-grandson of Johann Schrammel). Their daughter Isabella was born.

In 1980 she founded the band JONESMOBILe. The Austrian jazz scene took part in their first album, Jonesmobile. Some time later, together with the guitarist Karl Ratzer, the recording of Wow (1988) and together with the painter Christian Ludwig Attersee came to the album Apples of Love.

The jazz historian Klaus Schulz said about Jones: „Jones is not an exclusive Bluessängerin, some of their songs are like popular hits.

The jazz historian Klaus Schulz said about Jones: „Jones is not an exclusive actor, she is not a pop singer either, she is not a pop singer either, she just can not stand a label because she integrates different contemporary sounds into her music „With I Do not Believe they and their ensemble conquered the Austrian hit parades as well as the White House in Washington and also the Vatican. In 1999 the JONESMOBILe received the Award of Merit from the South Pacific Song Contest for Very People. In 1984, together with her husband Klaus-Peter Schrammel, the Viennese KUNST> KANZLEI was founded as part of the Yedermann Productions. In doing so, she managed to create a kind of continuation of the 19th and early 20th century art salons. For Jones, who is not only a singer, but also from the very beginning of the Fluxus movement, this institution is the pivotal point of overlapping and intertwining different forms of art and life. Fluxus artists such as Daniel Spoerri, Dick Higgins, Christo, Coco Gordon, Alison Knowles, Joe Jones, Padhi Frieberger and Ben Vautier also found their first presentation platform in the KUNST> KANZLEI. Jones‘ works found their home here.

The Austrian cultural scholar Dieter Schrage said of Jones: „She is neither a musician nor a poet; Neither an artist nor a philosopher; Neither dancer nor actress; Neither creator nor recipient; Neither E nor U. Christine Jones is the sum of all the. It is a small, dazzling interart power package. A temporeiches, an imposing piece of Gesamtkunstwerk not oriented to the noble, serious century-dimension of the total artisans Richard Wagner, Arnold Schönberg or Hermann Nitsch, but here and now, poppy and glaring for the minute. “

CHRISTINE JONES, musician and gallery owner, was a singer who cannot be labelled.

COUNT BASIE was so fascinated by Christine´s voice that he gave her a letter of recommendation, but she is no Jazz singer.

She toured with MEMPHIS SLIM and WILLI DIXON but she did not exclusively sing the blues. Some of her songs are catchy, but she was no Pop singer.

Her music, interpreted by Austrian’s best Jazz musicians, integrates all contemporary styles.
She sang her own compositions with complex intensity and you feel electrified by her unique expressively voice, accompanied by the powerful sound of her formation JONESMOBILe.

The KUNSTKANZLEI which is a part

of yedermann-productions, represents INTERMEDIA and INTERART in a social-

cultural context as e.g.: happenings, performances, environments and other integrative forms of art, working with

KUNSTKANZLEI is still to come.

collages about my artwork in different

They represent my diaries and memorabilities of my travels, and encounters in a complex form of collage my works visual are my very personal psychogram experiences with mutual artist and friends especially the FLUXUS and JAZZ movement.

The Jazzvoyages are a tribute to the giants of Jazz like Dexter Gordon, Leo Wright, Kenny Clark, Miles Davis, etc.

Since I am a Jazzmusician and composer who studied fine arts, Jazz and Fluxus are my main interest and artforms.”

HEAR THE COLOURS SEE THE MUSIC

Since many years music has been used as a medium for discovery of oneself, especially with the disabled people.

1985 Christine Jones introduced JAZZ into the method of „Musical Graphics“ together with Herta Hofer, an expert on this field, they decided to change the name of this multiartistic method into SOUNDPAINTING. Jazz added a new dimension to their work.

„Life is motion – every healthy person is active. You only live if you are creative“ said Feuchtersleben, a German philosopher.

SOUNDPAINTING enables the patient to leave his isolation temporarily.

Disabled children and grownups for instance often show a minor ability of communication. Therefore they have a negative sensibility of themselves.

Johann Wolfgang von Goethe remarked that „Whatever you hear should equally stimulate your inner visual imagination!“

featured in the following articles…

• Toured from Europe to America with Memphis Slim, Willy Dixon and Count Basie.

• 1981 she founded her new formation JONESMOBILe with which she is still touring to Istanbul, Hong Kong, Taiwan, New York, London, Paris, Austria, etc., and it still goes on and on.

• Well known in Austria from TV and Radio Specials

• Concerts with stars like Tom Jones, J.Cash, Jonny Logan, and many others

• Played for 8 years in orchestras for Broadway productions like: 42nd Street, A Chorus Line, Phantom of the Opera, Les Miserables & André Heller´s Wintergarden

• One of Austria´s finest bassmen

• Engangements in Hotel Mariott, Vienna as well in the Hotel Intercontinental, Vienna

• The best violinist of austria who is an expert in different styles of music, e.g.:Schrammel Music, Kletzmer Music, Jazz, a.o.

• 1962-1972 Concerts and radio recordings with own Bands like:”Continental Quntett”, “Phönix”, “Schrammel Quartett” in Austria, Switzerland and the BRD

Also a founder of JONESMOBILE 1981 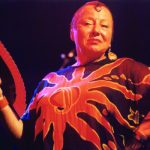